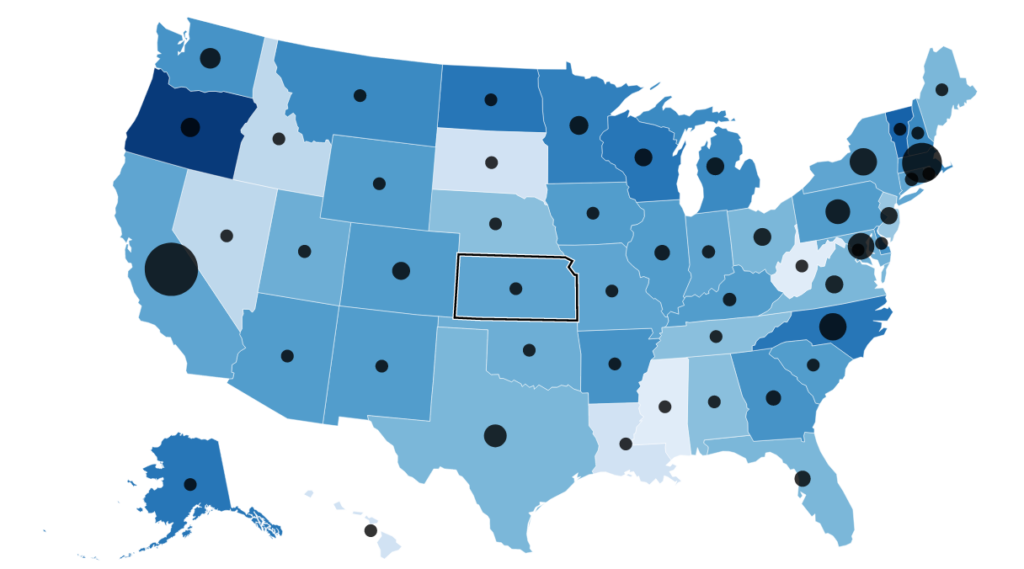 One of the best ways to measure the effectiveness of state programs intended to encourage the success of SBIR applications is the approval-rate of their submissions.

Although this data has been historically unavailable across every federal agency, it is now accessible for the National Institutes of Health (NIH), the second largest provider of SBIR/STTR awards, according to a 2018 Digest report.

The NIH distributed $446.2 million in SBIR/STTR awards in 2017, with every state except North and South Dakota receiving an award.

Each of these states, as well as many others with high success rates, offer assistance with proposals such as technical support programs and Phase 0 grants.

Last year, a Digest report looking at SBIR/STTR awards over the decade from 2008 to 2017 found that the NIH is the second largest distributor of awards after the Department of Defense.  A further analysis of this data finds that NIH awards are much less concentrated than those awarded by the DoD. Firms receiving at least 10 awards during the 10-year period received more than half (51 percent) of all DoD SBIR/STTR awards from 2008 to 2017, while similar firms received just 11.6 percent of NIH SBIR/STTR awards, according to an SSTI analysis. The total size of NIH SBIR/STTR awards, the relative lack of concentration, and the availability of plentiful proposal data make the agency ideal for the following Useful Stats analysis.A Flourish data visualisation

The map above shows NIH SBIR/STTR award success by state over the 10-year period from 2008 to 2017. Shading represents the state’s success rate, with darker shades representing a higher approval rate of submissions, while bubble-size represents the average dollar amount of NIH/STTR awards per year.

As can be seen in the examples above, states with high success rates are not leaving the application process to chance, but are instead investing in the future of their early-stage technology companies. Because nearly every state offers at least some type of assistance to SBIR/STTR applicants, however, more research is needed on the types of these services and their impacts.

You can Win, We can Help!

Check out our Micro-grant Program that grants up to $9,000 to businesses pursuing SBIR/STTR funding.
Learn More

Connect to CTC’s thought leaders for assistance in getting your innovation funded through the SBIR/STTR program, connecting to investors and getting other key questions answered!
Learn on Your Time

Get Social With Us

We are anticipating the next SBIR/STTR Department of Defense (DoD) topics pre-release due December 1.